Here are some of my thoughts, returning again and again, thus worthwhile to be captured. Some of them are rather personal, others are more of a statistical nature. 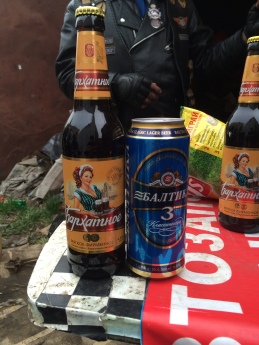 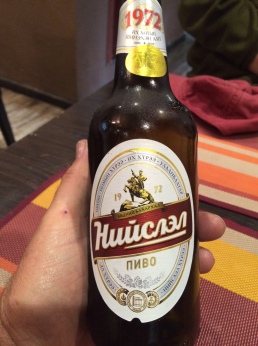 tried this one, Rob?

So, where does all this brain-Callanetics lead?
Dunno, just part of my entertainment when riding for too long through Russian forests.

more stuff if you care to read on, rather dribble …

Let me tell you it is indeed heavy, the machine-gun I mean. I had the pleasure during my compulsory Army time more than once – was ready to kill anybody who glanced at me – so heavy and burdensome was the thing. Drove me mad.

My old man got evacuated back to Dresden twice. Dresden was later (1945) mercilessly burnt down by English Bomber Commandos with Phosphor-bombs courtesy of Mr. Churchill. I recommend to read Kurt Vonnegut’s Slaughterhouse 5. Vonnegut was a American Prisoner of War working in Arbeits-Kommandos in Dresden at the time and luckily survived the onslaught to tell the story from his perspective.
My father came to Dresden, serving as a major military hospital for the East-Front, once with a hand-granate splinter stuck right into his neck, missing his spine by a fraction. Another time he was shot straight through his lower left arm. I remember seeing a photo of him in uniform convalescing in Dresden, smiling. After being restored to health, back to the East-Front.
The second wounding saved his life, as a result being separated from his original unit he was not in Stalingrad’s 6th Army. Instead he was with the German troops to the west of Stalingrad attempting a break-through – unsuccessfully. All the remainder /surviver of the 6th Army including General Paulus went into Russian prisoner ship. My old man saw how the light plane a Fieseler Storch with Gen. Paulus onboard was shot down by Russian infantry when trying to fly-out of the encircled Stalingrad. Told the story reluctantly, but I saw his Soldbuch, the little book every soldier carried, basically your military CV captured in a small pocket book. Green it was, washed out, with all the confirmation in old-style German handwriting inked-in.
I also recalled that the last German prisoner of war was released from Russian prisoner ship in 1956 or 57. That’s 12 years after the war had finished. The then German Budeskanzler Konrad Adenauer made this happen. Fox Toenende Wochenschau (newsreel shown before every movie) showed black&white moving pictures him greeting the poor bugger at Koeln airport arriving in Germany. A big fuss and a lucky fella.

So these and other war-related father memories bobbing up in my mind whilst cruising through Russia meeting nothing but friendly people. Guess most who experienced the WW2 have died, as is my old man. So resentment against all things German may have dissipated in most areas.

Finally my consistent dull painin my left underarm, hanging about since starting in Vlad and not gone away after a full course of broadband antibiotics. What’s the word for it: referred pain or so. A bit spooky was one’s subconscious can do. See if the Mongolia wind will blow away this ache …

Liked it?? Why not sharing it?

7 thoughts on “Contemplations when riding …”

Thanks for looking/reading. Why not leave a reply..? Cancel reply